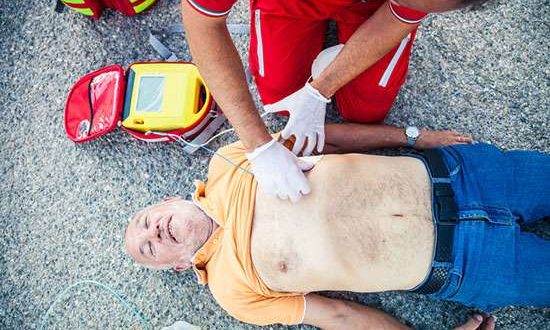 A designer molecule developed by Monash University researchers opens the way for a powerful new treatment targeting life-threatening blood clots that cause heart attack or stroke – significantly reducing the risk of permanent brain damage or disability. The treatment also comes without the associated side effects of excessive bleeding.

Heart attack and stroke are leading causes of death and long-term disability in Australia, and are mostly caused by clotting (thrombosis) blocking blood to the heart or brain.

Monash’s Australian Centre for Blood Diseases (ACBD) Dr Christoph Hagemeyer said the new molecule had been shown in preclinical tests to be effective and safe.

“We showed you could give it at a very low dose, that it’s very efficient, and we saw no side effects.”

He said developing a drug with a better safety profile could open the way for treatment to be administered by paramedics at the scene of a patient who’d experienced an ischaemic stroke.

Such patients currently need to be administered clot-busting medication, only available in certain hospitals by specialist doctors, within four and a half hours of symptoms – it is too risky to administer the drugs from an ambulance. But the longer it takes, the greater the damage to the brain and the risk of permanent brain damage and disability.

Published in the Journal of the American Heart Association, the research is supported by the National Heart Foundation of Australia and National Health and Medical Research Council (NHMRC) funding.

“One of the real risks associated with current clot-busting drugs is that they affect the whole body and make bleeding more likely, which in some cases can cause serious issues such as stroke and gastrointestinal bleeding.

“This molecule has the potential to lower the bleeding risk, which will make clot-busting drugs safer and more effective for people who cannot currently receive them due to their high bleeding risk, such as older people or those with medical complications.”

The new molecule had been previously modified to be activated by a factor causing clotting – thrombin – effectively hijacking the body’s own clotting system to initiate the destruction of the clot.

In pursuing a more effective clot-busting treatment, Monash researchers fused the molecule with antibodies that sought out and bound specifically to the blood clot.

“This provided us with the means to give a lower but still highly effective dose to the body – it only binds to the area where it should be activated,” Dr Hagemeyer said.

“You can avoid a lot of the side effects by targeting the molecule to the clot.”

“Another advantage is that a lot of current clot busters are inhibited by natural factors in the blood,” Dr Hagemeyer said. “Our molecule is a designer protein that’s not naturally occurring so it escapes these inhibitory factors,” Dr Hagemeyer said.

The ACBD researchers hope to work with the pharmaceutical industry to bring the molecule into clinical trials.