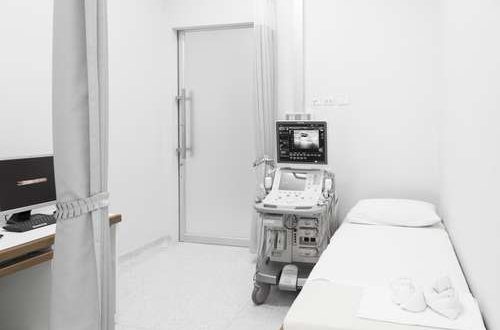 A breakthrough in the treatment of Alzheimer’s disease has been discovered by Australian researchers through non-invasive ultrasound technology that could restore memory loss in Alzheimer’s patients.

Researchers at the Clem Jones Centre for Ageing Dementia Research at Queensland University’s Queensland Brain Institute have discovered this innovative and cost-effective approach to treating the degenerative disease when they found that ultrasound therapy cleared the brain of the main cause of memory loss, neurotoxic amyloid plaques.

The research’s findings “Scanning ultrasound efficiently removes amyloid-β and restores memory in an Alzheimer’s model”, which has been published in the journal Science Translational Medicine, reports that memory was fully restored in 75% of the mice that were treated and no damage caused to the surrounding brain tissue. After the therapy, the mice excelled in various memory tasks including completing a maze, recognising new objects and remembering to avoid certain places.

A revolutionary, cost-effective approach to finding the cure

According to the University of Queensland, the researchers are excited by the prospect of treating Alzheimer’s disease without the use of drugs and this revolutionary approach changes the understanding of how to treat the disease. Alzheimer’s affects almost a quarter of a million Australians today and dementia cases in Australia are set to rise to 900,000 by 2050. Professor Jürgen Götz, co-researcher of the study, said “With an ageing population placing an increasing burden on the health system, an important factor is cost, and other potential drug treatments using antibodies will be expensive.”

The cause of Alzheimer’s is a build-up of two lesions, amyloid beta plaques and neurofibrillary tangles. According to Götz, “The ultrasound waves oscillate tremendously quickly, activating microglial cells that digest and remove the amyloid plaques that destroy brain synapses.” It was reported that in some cases the amyloid beta plaques were completely cleared. The treatment is able to temporarily, for a few hours, open the blood-brain barrier, which is the layer protecting our brains from bacteria and other possible threats. Through ultrasound therapy, microglial cells were activated to engulf and clear toxic protein clumps, fully restoring the mice’s memories.

This finding is preliminary however, as only mice have been treated. According to Alzheimer’s Australia Dementia Research Foundation, “It should be noted that the skulls of mice are much thinner than those of humans and thus the approach would need considerable modifications before clinical trials can be undertaken in humans. The next step is testing this approach in sheep, which will give researchers a clearer idea of whether this technique could translate to humans.” Once trials with higher animal models have happened, they hope to start human trials by 2017. The CEO of Alzheimer’s Australia Carol Bennett welcomes the new findings by saying, “This is world class research coming out of Australia, and we look forward to seeing further results to get a better idea of whether this ultrasound technology may be used as an Alzheimer’s disease treatment option in the future.”

A study into how animals wake up from hibernating is being undertaken as part of research in treating dementia. Leicester University has pin-pointed a cold-activated protein, RBM3 which helps to restore brain activity in animals waking up from long hibernations. This protein exists in humans, but is missing in Alzheimer’s patients.
According to Alzheimer’s Australia, there have been recent claims that drinking beer can slow down or actually prevent dementia. In an in vitro study only carried out on rats, researchers from Lanzhou University in China, looked at the effects of Xanthohumol, a compound found in ‘hops’ used to make beer. The research, published in Journal of Agricultural and Food Chemistry, aimed to assess whether Xanthohumol could reduce oxidative stress-induced brain neuron damage, which has been linked to Alzheimer’s. Findings proved that Xanthohumol was able to neutralise the damage caused by oxidative stress, through the stimulation of antioxidant defence molecules. An investigation by the dementia research foundation into this claim, explains that although the results are great, it’s limited by the fact that it remains unknown whether these same effects would appear in an animal or human. Also, in a study published in the journal Behavioural Brain Research, it was found that older mice whose diets were supplemented with Xanthohumol for 8 weeks, did not have considerably improved memory. This concludes that although Xanthohumol could be considered a potential therapy for Alzheimer’s, a significant amount of research is needed before any confident conclusions can be made on its effectiveness.

For further support on Alzheimer’s or other diseases, contact Australian Biosearch.