What Can Elephants Teach Us About Cancer?

Home > News > What Can Elephants Teach Us About Cancer? 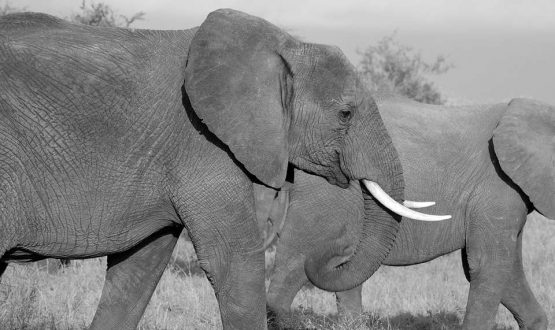 The majestic pachyderms that are well-known for their extraordinary strength and memory are also quite good at avoiding cancer. Now, scientists studying this phenomenon say they’ve discovered an elephant protein that may destroy human cancer cells.

Its an odd phenomenon that scientists have observed: elephants rarely get cancer despite their massive size, and, presumably, more cell divisions. The elephants’ ability to avoid cancer is tied to its genetics. As it turns out, elephants have 20 copies of a tumor suppressor gene called p53. By contrast, humans have just one copy. The gene acts to repair damages that can lead to cancer, and by having more copies of this gene, elephants significantly reduce their burden of getting cancer.

“The elephants have had 55 million years of research and development to really design the perfect cancer-fighting protein,” said Joshua Schiffman, a pediatric oncologist and scientist at the University of Utah in Salt Lake City, whose team identified the 20 copies of p53 in the elephant. “Nature has already solved the problem.”

Schiffman is convinced that cancer’s worst enemy is the elephant version of p53, which is slightly different than the human version. In experiments, a synthetic version of elephant p53 was reportedly effective against seven human cancer cell lines, including lung, breast, and bone.

“What we’ve found is that the cancer cells are all dying very quickly when they’re exposed to this elephant cancer protein,” Schiffman said. “It is remarkable. The lab is so excited.”

Schiffman is also working with another lab to produce large quantities of a synthetic version of the protein for testing in mice and dogs. Human clinical trials are on the docket in three years time if the animal trials go well, Schiffman believes. He is also hopeful to secure the $20 million required for such testing.

“I’m on a quest to get rid of cancer,” he said. “I think we’re on the way and I think the elephants are going to lead us there.” Schiffman’s fight against cancer is a personal one since he’s a cancer survivor himself, having beaten Hodgkins lymphoma when he was a teenager.

“I can tell you that one person with cancer is one person too many, whether it’s a child or an adult,” Schiffman said. “We are working as hard and as fast as we can to see if there’s a way to translate this discovery to start helping people.”